Commemoration of the Genocide Day

March is the month of independence of Bangladesh. A week long program to celebrate the independence is held every year and this year, from March 22-28, 2017 and in that program organized by LWM. As part of this week long celebration, a seminar was held on March 24 titled “25th March Genocide Day, Thoughts of Young Researchers”. Emraan Azad, Lecturer of Law at the University of Asia Pacific explained the definition of genocide and the Pakistani intent to commit genocide in 1971; Umme Wara, Lecturer of Criminology, University of Dhaka explained the nature of different groups defined in the definition of genocide. Naureen Rahim, Research Associate at the Liberation War Museum pointed out the plan and pattern of killing and atrocities by the Pakistan Army during the Liberation War of 1971.Md. Pizuar Hossain, Teaching Asst., East West University discussed about the Bangladesh genocide with comparative perspective along with the memorialization process relating to the post conflict scenario around the globe. 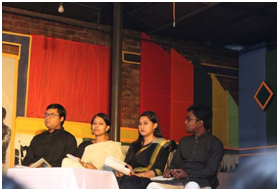 On December12, 2016, a public lecture on Domestic Tribunal for International Crimes: Argentina Experience was held. Irene Massimino, Professor at the University of Buenos Aires, Argentina delivered her speech. The Center for Genocide Studies and Center for Research on the Liberation war, University of Dhaka were the co-organizers of this event with CSGJ. 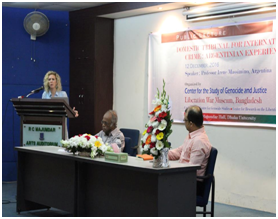 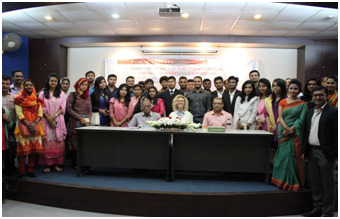 Book Launching Ceremony and Face to face with the Author

On February 29, 2016, a program based on the issues of war babies of Bangladesh, their adoption process and the aftermath named Meet the Author: Mustafa Chowdhury was held. Equally important, Mustafa Chowdhury is a Freelance researcher and author of the book titled ‘Picking Up the Pieces: 1971 War Babies’: Odyssey from Bangladesh to Canada. 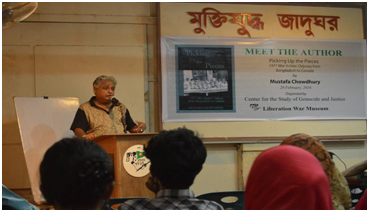 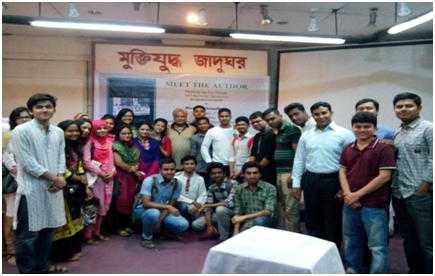 On February 12, 2016, CSGJ arranged a Participants Meeting of Certificate Course and Winter School. The participants of previous winter school and certificate courses of Center for the Study of Genocide and Justice (CSGJ) were there in this meeting. 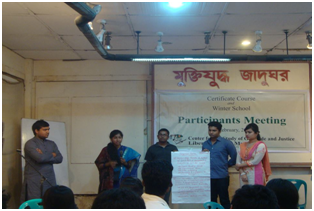