LWM holds public programs throughout the year. Some programs are part of regular annual events and some are occasional.

Regular Programs of the Museum

Mass Upsurge Day In January 1969, political parties and students alliances launched a movement to press home their demands and launched a mass movement against the backdrop of Bangabandhu’s 6 point programme and formulated the 22 point programme of the Chatra Sangram Parishad. On 20 January police opened fire on students’ processions killing student leader Asad, Matiur, Prof. Dr. Shamsuzzoha and many others. This sparked a nationwide protest and the movement became a mass upsurge, ultimately culminated in President Gen. Ayub Khan to step down.

Painting Competition of the children on Shaheed Sergeant Zahurul Hoque Remembrance Day (15 February)
The mass Upsurge Movement described in the preceding paragraph gained momentum as a popular movement. It spread quickly throughout the country and gained momentum. President Ayub in a desperate attempt to curb this upsurge of popular sentiment revived a trial named as the Agartala Conspiracy Case against Sheikh Mujib and 34 others. Sergeant Zahurul Hoque, a co- accused was brutally killed in Dhaka cantonment under captivity on 15 February, 1969. Every year the LWM remembers Martyr Sgt. Zahurul Hoque on this day by holding a children’s art competition.

International Language Day (21 February)
Pakistan was born in 1947 and from day one the West Pakistani military & bureaucratic elite started hatching conspiracies against the Bengalis. In 1948 Mohammad Ali Jinnah came to visit East Pakistan and declared in a public meeting that Urdu shall be the state language of Pakistan. The Bengalis could not accept this and started agitating. Ultimately, it took popular shape in the name of language movement. In 1952, the Language Movement gained momentum and the police opened fire on the street procession in front of Dhaka Medical College, causing the deaths of Rafique, Barkat, Jabbar, Shafiq and many others. Ultimately Bangla language got the status of state language in 1955. In 1999 UNESCO recognized this day as the International Language Day. LWM remembers language martyrs on 21 February.

Muktir Utsab (any day in between Jan-Mar)

Under the outreach program, LWM brings students from educational institutions from Dhaka Metropolitan city by providing them free transport. They are given guided tour in the museum. For those students who have visited the museum in that calender year, the LWM holds a grand Festival between January and March at Dhaka Unversity Stadium. Veteran Freedom Fighters, leading intellectuals, cultural personalities, Hon’ble Ministers usually speak to about 10 thousand cheering students. Famous celebrity figures also entertain the children.

LWM Anniversary Day ( 22 March )
22 March is the Foundation Day of LWM and the day is celebrated each year with great festivity in a week-long programme which merges with the Independence Day Celebrations. Friends, well-wishers and members of the museum attend the anniversary celebration. The anniversary lecture is given by a renowned international personality.

Book Fair on Liberation War 22-31 March
As a part of Independence Day celebrations LWM organizes a book-fair at museum’s auditorium. Publishers participate with their published books related to the Liberation struggle.

Bazlur Rahman Smriti Padak  March
Late Mr. Bazlur Rahman was a famous journalist and devoted his entire life to honest and courageous journalism. He established his distinct journalistic language and never compromised with any pressure group or unholy power groups. He edited the famous Bangla daily newspaper ‘The Sangbad’ until his death. After his death, his family members donated his retirement benefits to the museum and with this fund, LWM has created an annual award namely, ‘Bazlur Rahman Smriti Padak’. An open competition for journalistic work dealing with all aspects of the Liberation War is held and the best print and electronic media coverage are awarded prizes.

Bengali New Year’s Day Celebration, 14 April
In this country, Bengali New Year’s day is usually celebrated with great joy and festivity. Over a million people join the different rallys, which are concentrated around central Dhaka areas. Many cultural organizations hold cultural programmes in different key points in the city. In rural areas of Bangladesh also there are joyful celebrations, which is popularly known as ‘Boishakhi Mela’. LWM also celebrates the day with gatherings of children, arranging folk music and other related cultural programs.

International Museum Day, 18 May
LWM celebrates World Museum Day each year with the cooperation of ICOM, Bangladesh. Representatives from the National Museum and other members of the ICOM participate in the event..

Foundation Anniversary of Jalladkhana Badhabhumi, Mirpur 21 June
Mirpur was the satellite town of Dhaka City during the Pakistani period where non-Bengali refugees were settled. During the Liberation War, the non-Bengali people of Mirpur unfortunately took the side of Pakistan and started killing innocent Bengalis. They established many killing fields there. Two of the most infamous killing fields were the Jalladkhana Baddhabhumi and Muslim Bazar Baddhabhumi. With the help of army and local people, LWM undertook an excavation work in 1999 and recovered a good number of human remains from there. LWM established a memorial site at Mirpur Jalladkhana Baddhabhumi and opened it for the public on 21 June, 2007. Each year on 21 June, LWM celebrates the foundation anniversary.

Remembering Poet Sufia Kamal and Shaheed Janani Jahanara Imam Birth Anniversary, 22-27 June
Sufia Kamal is treated as the conscience of the Bengali nation. A renowned poet, she was always in the fore-ground of all activism work in achieving demands of democracy, autonomy and independence. LWM remembers her each year in between 22-27 June.
Jahanara Imam is one of the highly respected ladies in this country and known for her lifelong struggle for bringing war criminals under justice. LWM remembers her each year between 22-27 June.

Birth Day Anniversary of Tajuddin Ahmed, 23 July
Mr. Tajuddin Ahmed was the Prime Minister of the Provisional Government of Bangladesh during the Liberation War in 1971. Under his able leadership the Liberation Struggle took the final shape and ultimately victory was achieved on 16 December, 1971. He was the Finance Minister of Bangladesh Govt. under Bangabandhu Sheikh Mujibar Rahman and the rescued the war-ravaged economy of the country. He was killed in Dhaka Central Jail by a faction of an unruly army group on 3rd. November, 1975. LWM remembers Tajuddin Ahmed each year on 23 July.

Hiroshima Day, 06 August.
LWM organizes Hiroshima Day every year. His Excellency, the Ambassador of Japan in Bangladesh or his representative attends in it and speaks highlighting the ravages to mankind caused by the atom bomb explosion on Hiroshima and Nagasaki and the painful sufferings of the people. Local children of the Dhaka schools also remember Sadako Sasaki, a young victim of Hiroshima.

Father of the Nation Bangabandhu Sheikh Mujibur Rahman’s  Death Anniversary, 10-31  August. Bangabandhu Sheikh Mujibur Rahman is the founding father of Bangladesh. He was the Prime Minister of the first cabinet of Independent Bangladesh and subsequently became the President of Bangladesh. On 15 August 1975, he was brutally killed with his family members by a group of unruly soldiers at his own house. LWM remembers him every year as a part of the mourning day with a discussion meeting and a week long photo exhibition.

World Non-Violence Day, 02 October
On this day, Mahatma Gandhi, the founder of the non-violence movement and a leading figure of undivided India was born. His movement ultimately caused the end of British colonial rule in India and two independent nations India and Pakistan were born. LWM commemorates his birthday every year.

Testimony of Sixty, 21 October
On 21 October 1971, Oxfam published a booklet called the Testimony of Sixty. It was a compilation of appeals to world leaders to stop atrocities by the Pakistani Military Junta on Bangladeshi people and stop the enormous human sufferings and to help 10 million refugee peoples stranded on Indian soil. A total 60 appeals made by personalities such as Senator Edward Kennedy, Mother Teresa and HR activists, Journalists, NGO workers was published by Oxfam entitled ‘The Testimony Of Sixty: The crisis of Bengal’. LWM published its facsimile edition and brought it to the public in the year 2005. LWM organizes a discussion meeting followed by cultural program to commemorates the day. 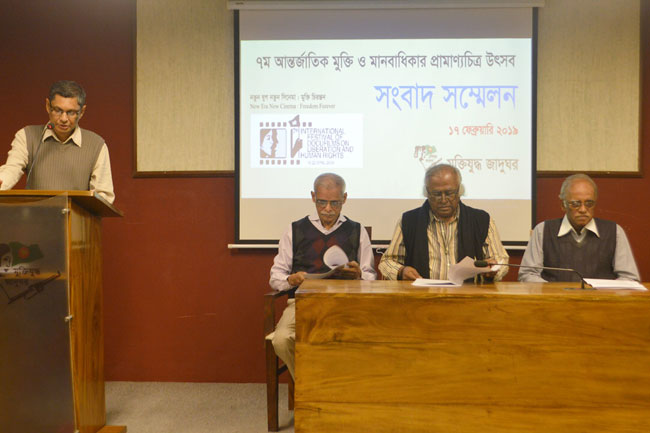 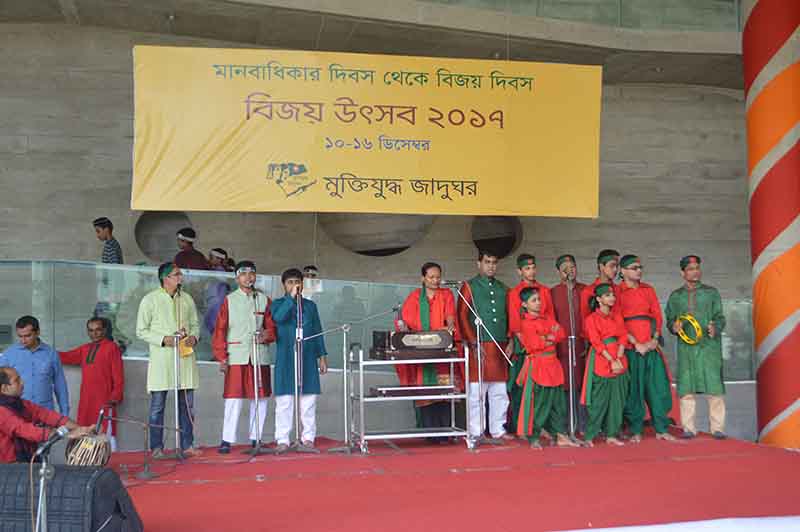 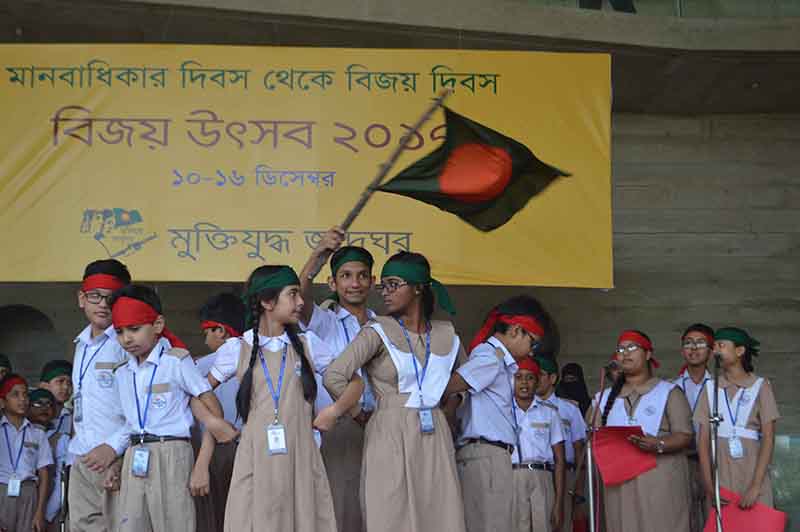 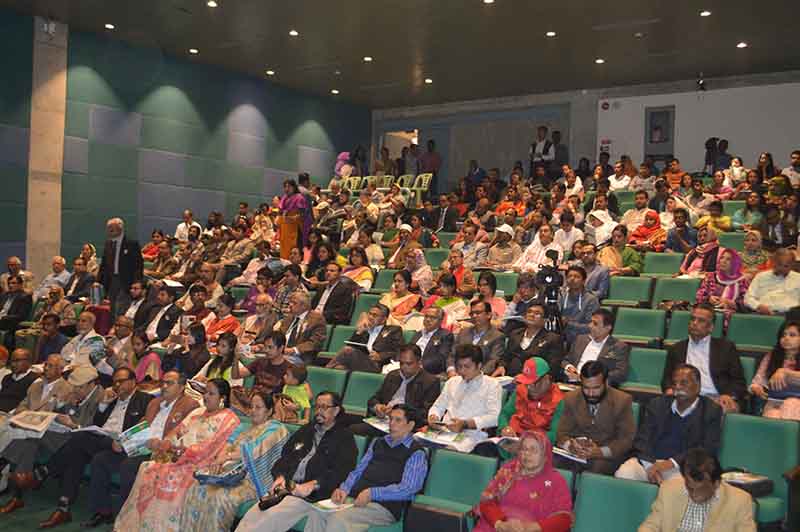 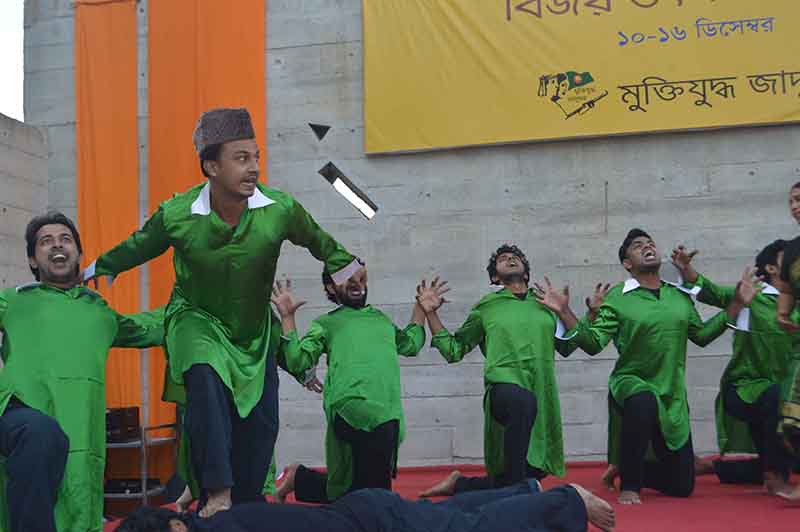 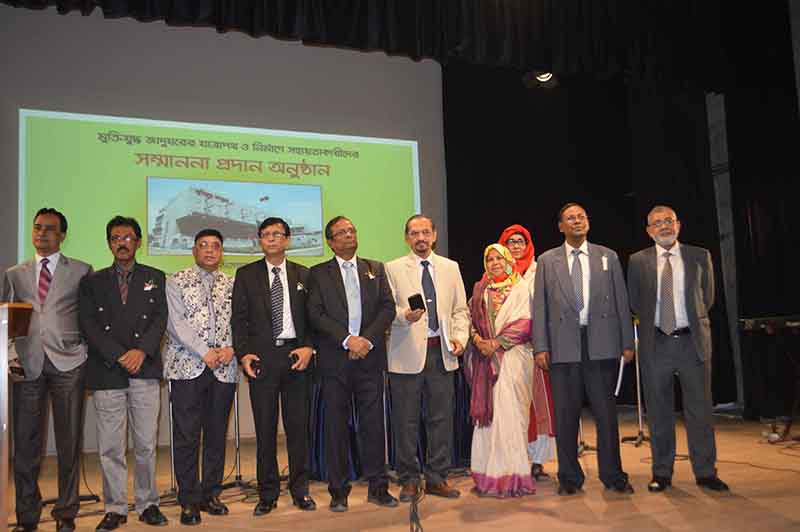 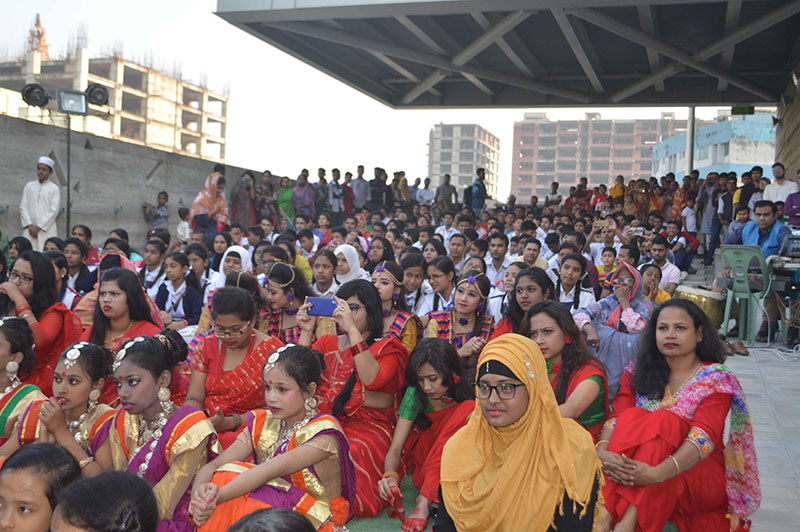 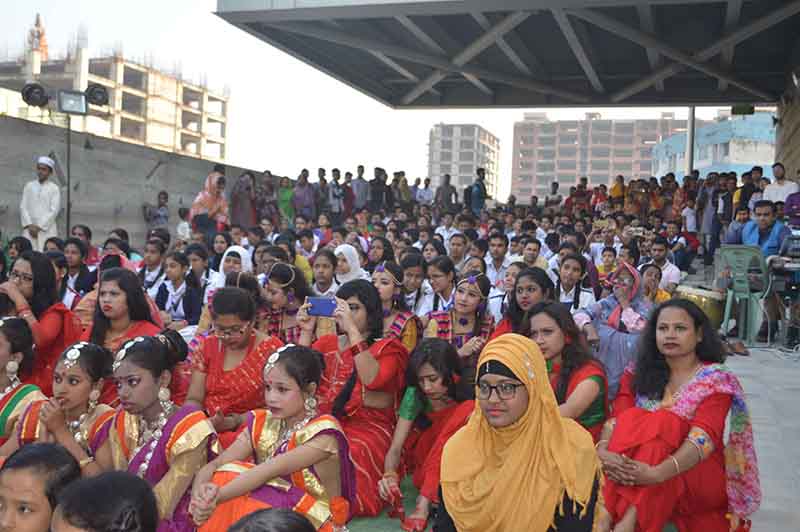 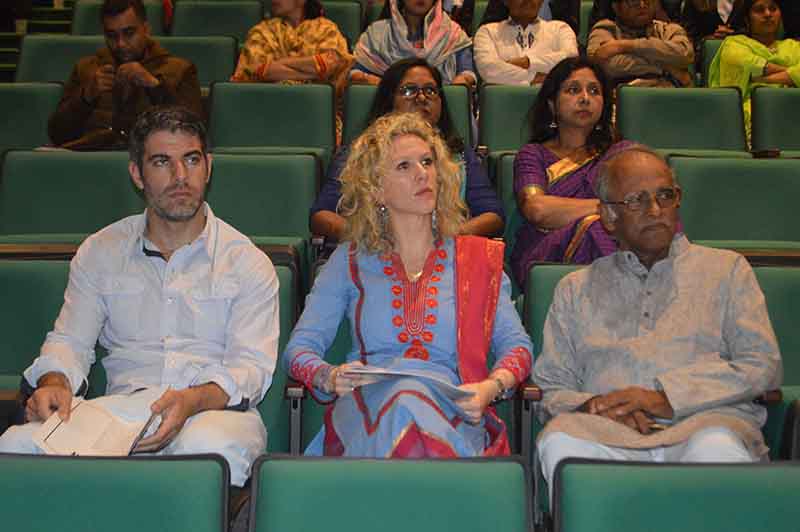 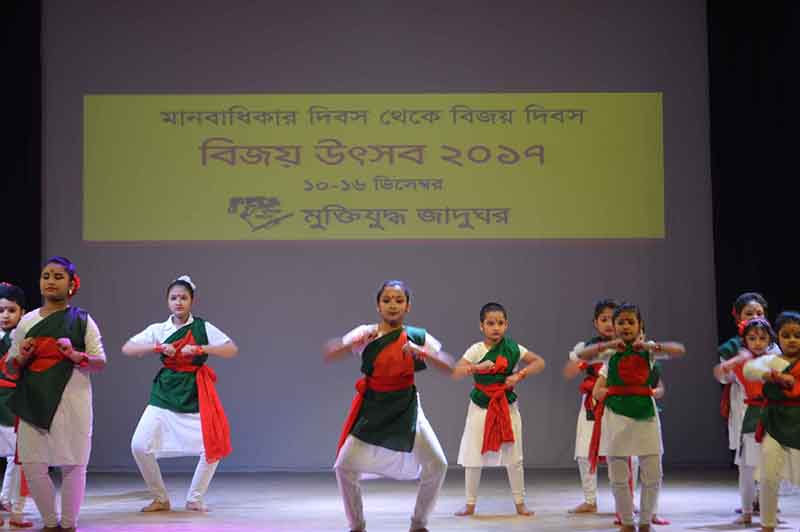 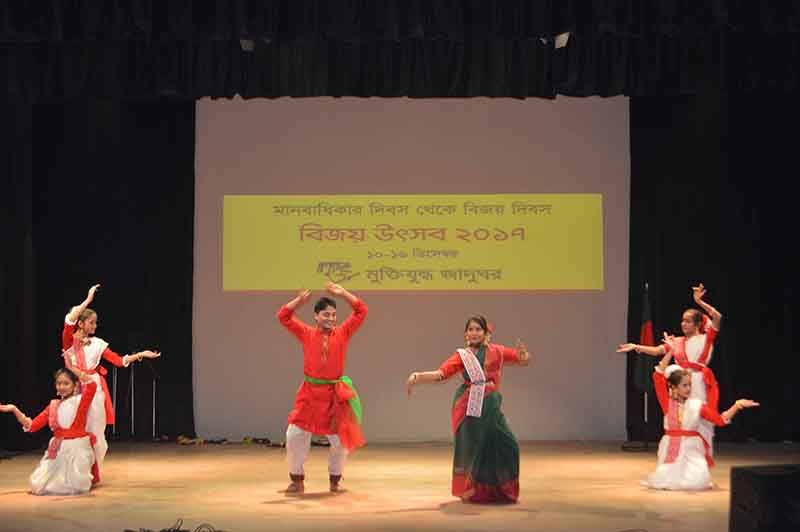 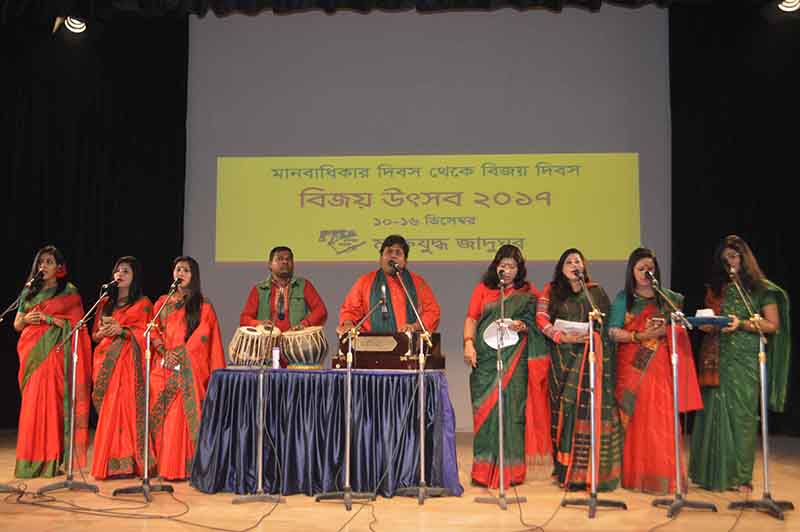 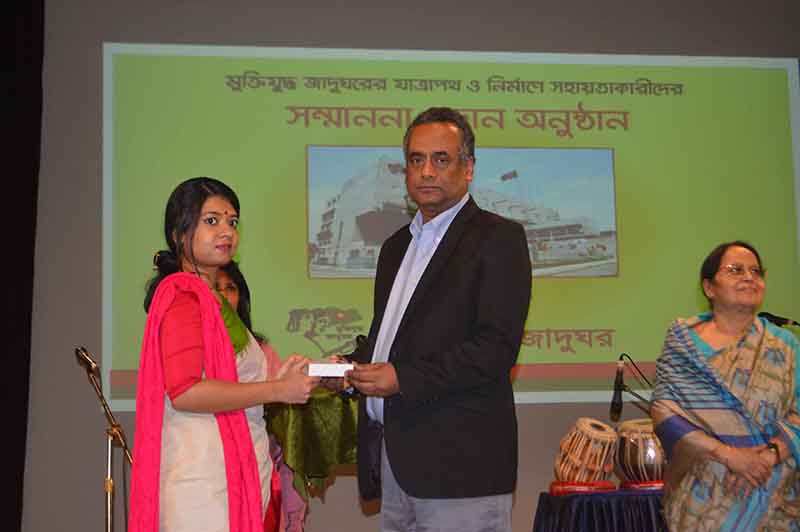 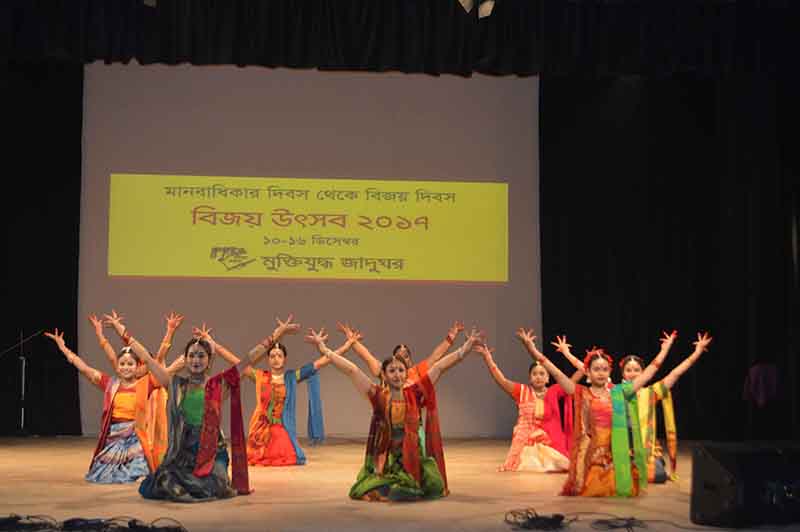 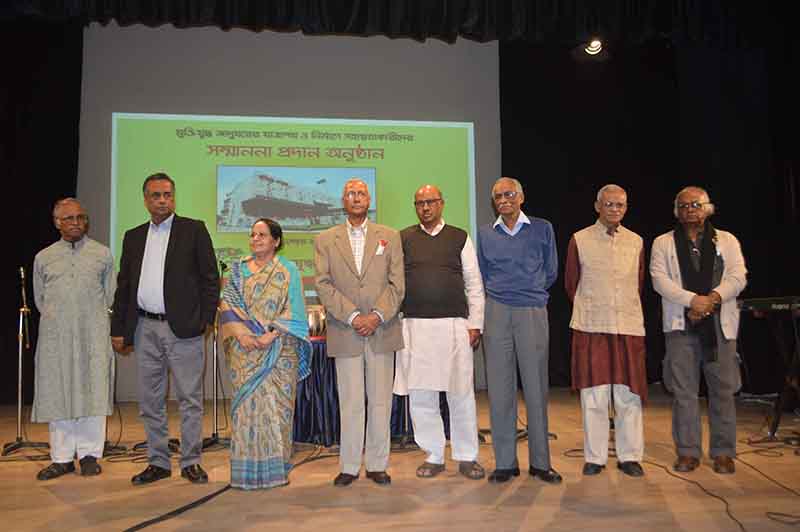 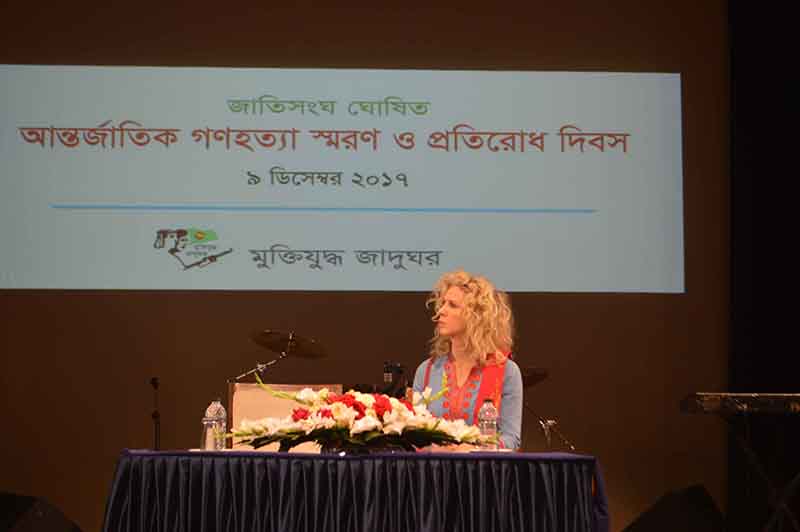 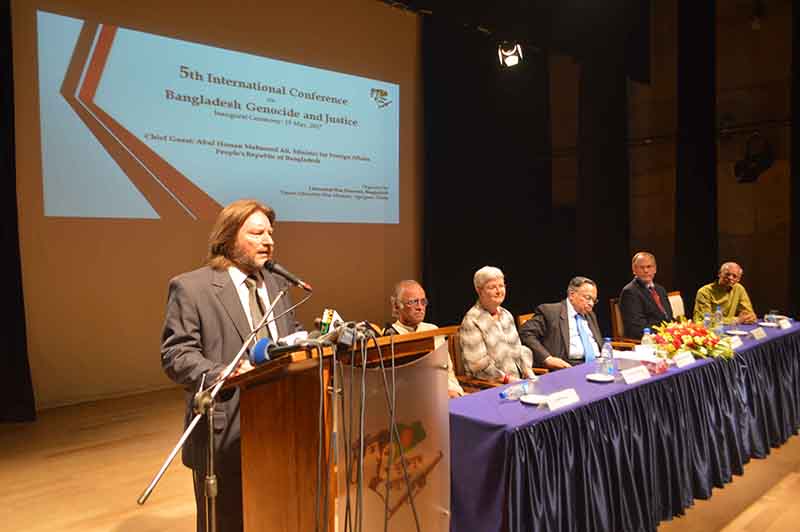 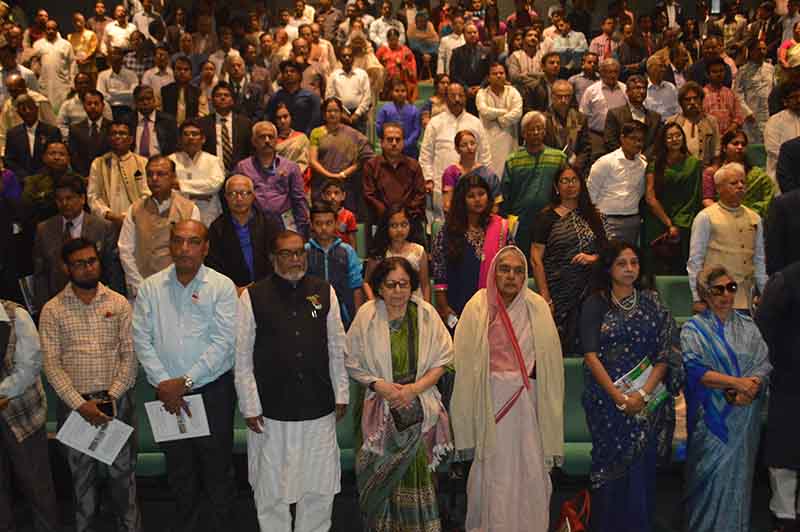 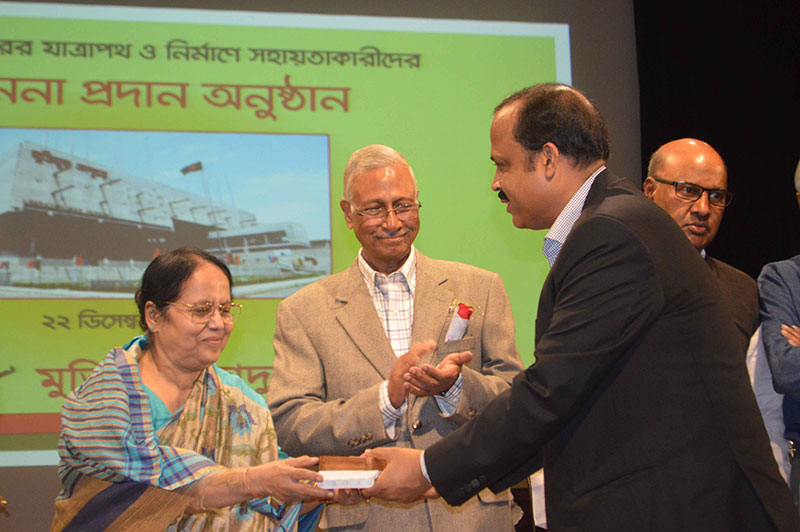 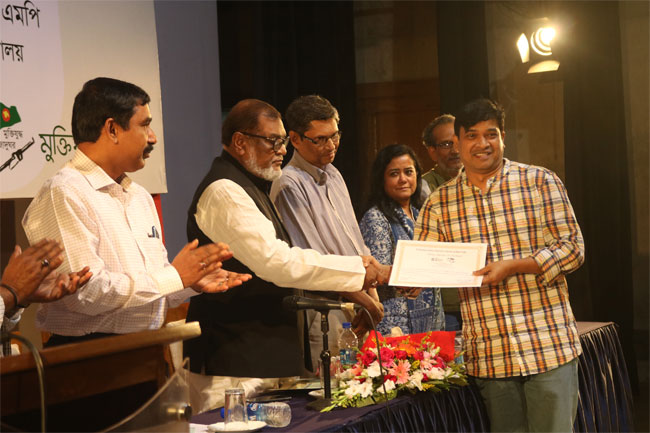 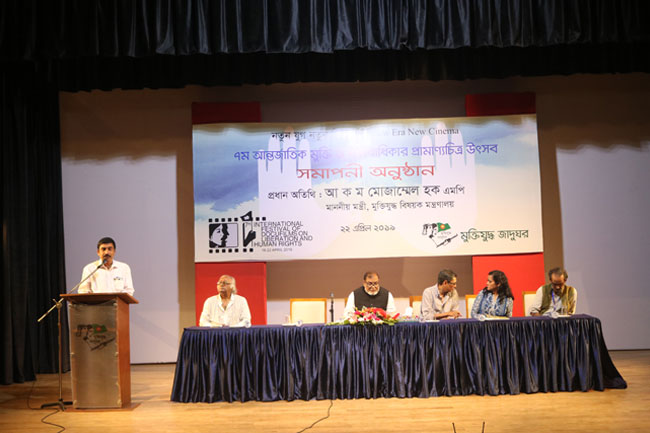 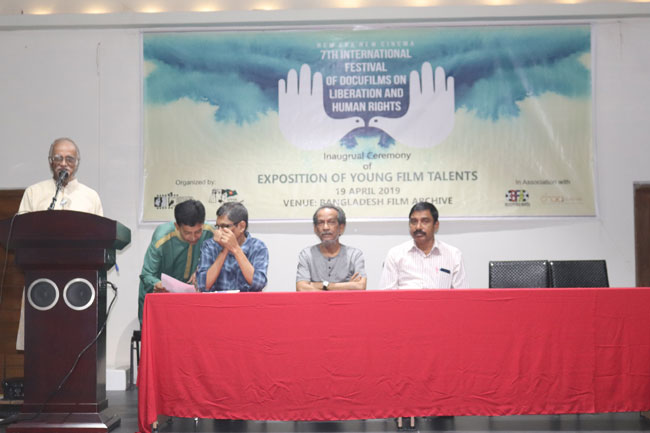 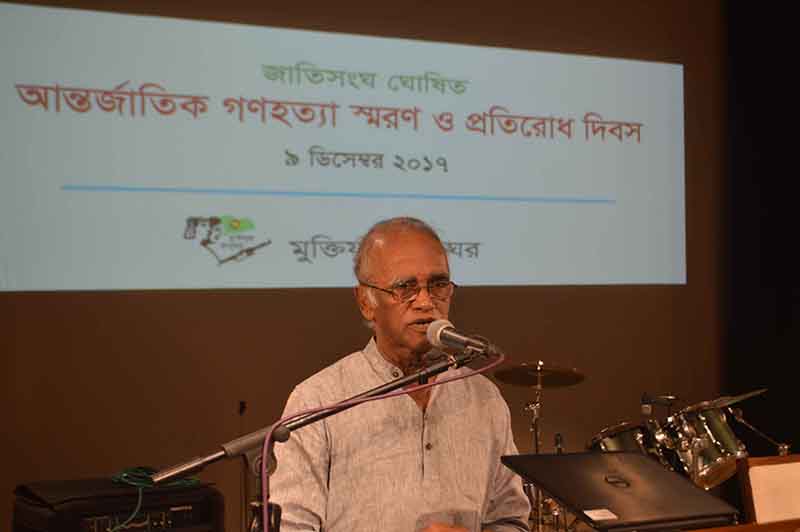