The Reach-Out Program of the museum was initiated on 18 July 2004 and expanded in 2007 when the museum was able to acquire a 40 ft. bus (hereinafter, Mobile Museum) which enabled us to bring the museum to the reach of schoolchildren in the remotest villages of the country.

Currently, the program titled “Human Rights and Peace Education in the Light of History of Liberation War” is being funded by the Ministry of Liberation War Affairs, Government of Bangladesh. The objective of the Reach-Out Program is to educate the students who had not been exposed to the glory and the pain that the Bengali nation had experienced in 1971. Another component of the program is to combat the growing intolerance and human rights abuses in the present society. Through this program, students are taught that that tolerance has been an intrinsic Bengali trait for centuries and in the globalized world today, one of the most important needs of the society is to respect the otherness of the other person.

The Mobile Museum travels to village-schools in the remotest locations of the country and the students are shown the exhibits in the mobile museum. A film in shown on struggle for independence. A separate exhibition on “Universal Declaration of Human Rights” and “If the world had been one village (outlining the pluralistic world that the students will encounter when they step into their world). Both these “Global Village” and the “30 Universal Human Rights” education were done through two series of cartoons drawn by two of the most prominent painters of the country.

An oral history project under this program has been initiated where the students above grade VII are encouraged to interview elders in the family to recount their experiences and heroism during the Liberation War. In the process more than 50,922 (as of August 2021) pieces of oral history has been collected.

These written scripts are preserved in museum archives. The most moving and revealing stories are printed in wall magazines (till date, 32 have been published) distributed to the schools. The museum communicates with the teaching representatives (known as Network Teacher) in order to collect the oral testimonies. Till August 2021, 2,449 Network Teachers have been working in this Reach-Out Program. The selected oral testimonies of the students have been published in 9 volumes by the Liberation War Museum.

The number of students in the villages who have been exposed to this Reach-Out program so far is 13,24,471 (as of August 2021). In the afternoons, the exhibits of the bus have been

visited by children from nearby schools, which were not part of the education program and also by the adults in that village. Till August 2021, around 9,43,881 adults from the localities have visited the exhibits of the bus in this way. The Bangladesh Government has been impressed enough by the success of this Reach-Out Program to have donated a second bus to the Museum, thus doubling the museum’s capacity to visit rural areas. The buses have covered 432 Upazillas of 64 districts of the country including 2,035 educational institutions and are currently conducting the 2nd round of covering the whole country. 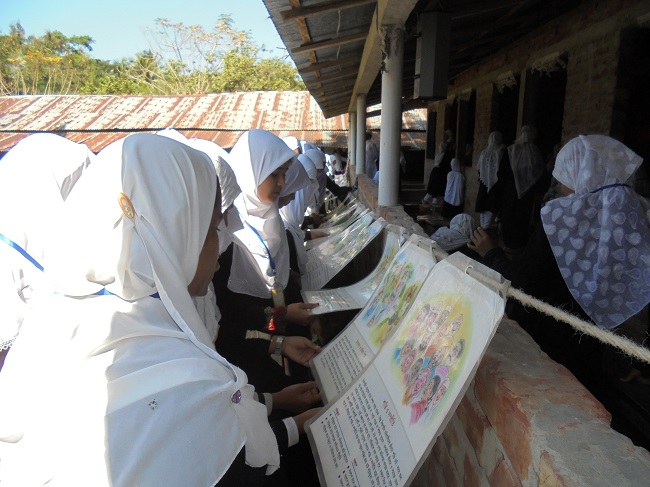 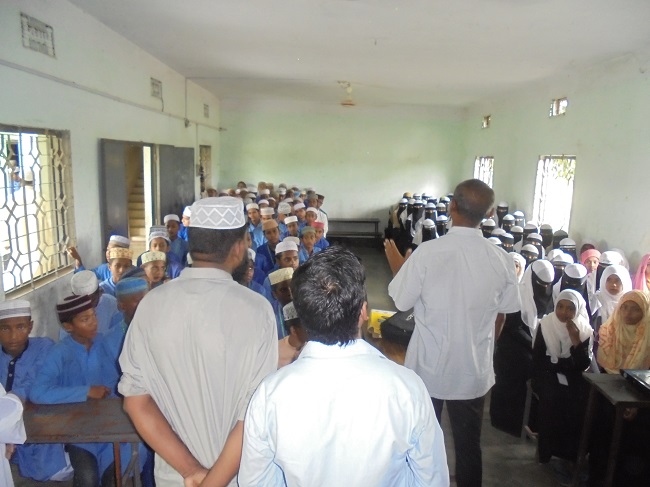 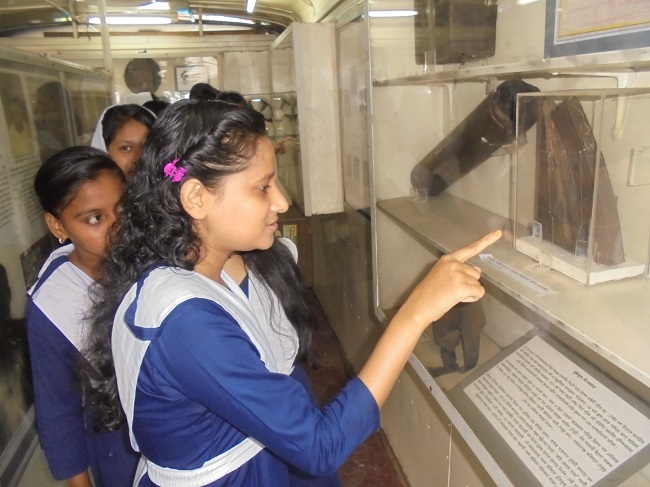 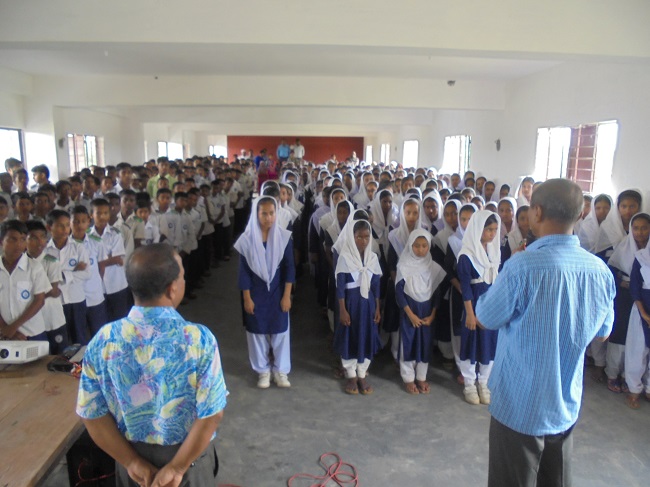 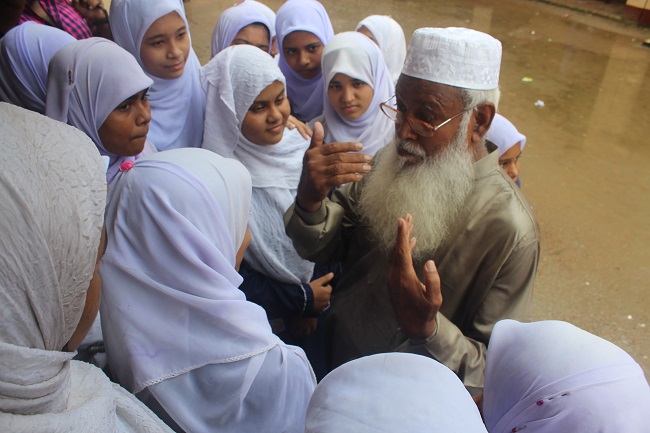 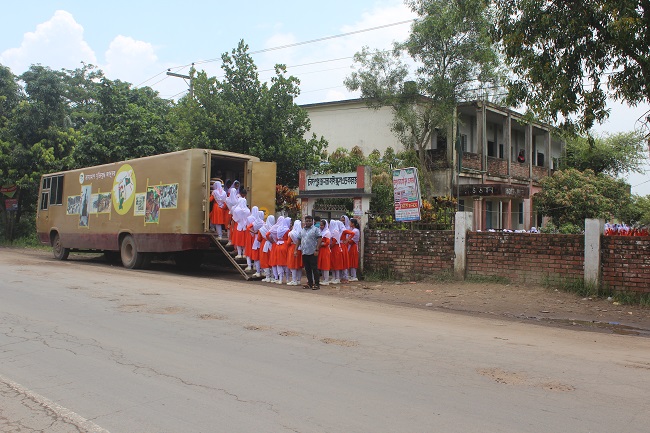