The Concert for Bangladesh (or Bangla Desh, as the name was originally spelt) was the name for two benefit concerts organised by George Harrison and Ravi Shankar, held at 2.30 and 8 pm on Sunday, 1 August 1971, playing to a total of 40,000 people at Madison Square Garden in New York City. The shows were organised to raise international awareness and fund relief efforts for refugees from East Pakistan (now Bangladesh), following the 1970 Bhola cyclone and the civil war-related Bangladesh atrocities. The concerts were followed by a bestselling live album, a boxed three-record set, and Apple Films’ concert documentary, which opened in cinemas in the spring of 1972. 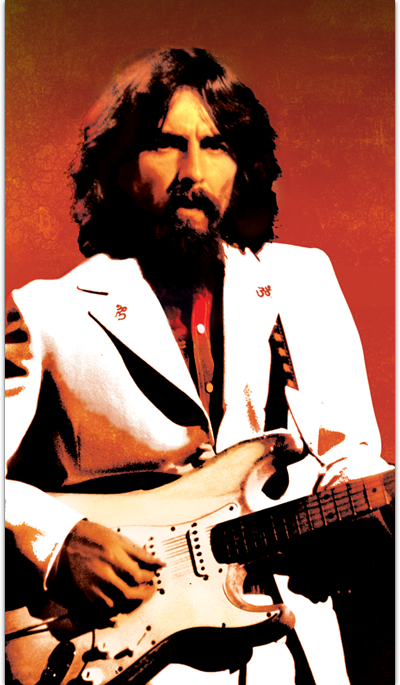 In 1971, George Harrison of The Beatles and Ravi Shankar brought together a star-studded cast of musicians for The Concert for Bangladesh, which became one of the most ambitious humanitarian efforts in music history. To honor George Harrison’s legacy and celebrate the 40th anniversary of the groundbreaking Concert for Bangladesh, the U.S. Fund for UNICEF called on a whole new generation of compassionate music lovers to bring much needed attention to a devastating crisis in the Horn of Africa.

UNICEF’s ‘Month of Giving’ allowed supporters to celebrate Harrison’s legacy by doing something meaningful “for a friend.” This call to action resonated all the more in the context of a worsening nutrition and drought crisis – the most severe humanitarian emergency in the world.

With the help of its music industry supporters, the George Harrison Fund for UNICEF raised more than USD$1.225 million for lifesaving emergency relief for children in the Horn of Africa. Of that, more than $175,000 came from the sale of the Concert for Bangladesh CD and DVD on iTunes, which streamed the original concert live and worldwide starting on July 30.

Over 70 legendary and contemporary musicians including Ringo Starr, Eric Clapton, UNICEF Ambassador Selena Gomez, Arcade Fire, Enrique Iglesias and Lady Antebellum, lent their voice to the cause throughout August by showing the ‘Month of Giving’ video at their concerts, and posting messages of support to their websites, Twitter and Facebook pages.

More than 100,000 people visited the ‘Month of Giving’ website through these supporters’ calls to get involved #4afriend and a Facebook quiz about the original Concert for Bangladesh reached more than 2 million fans.

The ‘Month of Giving’ also had some unique additional supporters. The Lollapalooza festival broadcast the ‘Month of Giving’ video on the screens at all the main stages throughout its 3-day festival which attracts 90,000 people each day. Filter Magazine sent out an email blast with ‘Month of Giving’ information to roughly 400,000 subscribers, and the cast and crew of LOVE, Cirque du Soleil, the Beatles-themed aerobatic show in Las Vegas, created their own personalized video tribute to George Harrison and the ‘Month of Giving.’ The ‘Month of Giving’ even had a debut on the Hollywood Walk of Fame during the ceremony for the iconic Go Go’s who received a star on August 11.

In addition, artist Shepherd Fairey created a limited edition art print for the campaign and donated the $20,000 auction price for the original work to the George Harrison Fund for UNICEF. The Grammy Museum in Los Angeles included the George Harrison Fund for UNICEF in a recent exhibition about the former Beatle, and singer Alicia Keyes honored Harrison at her annual “Black Ball” event, at which Olivia Harrison gave a speech about the Fund and the Month of Giving.

All told, the ‘Month of Giving” raised more than $1,225,794.00 for emergency relief in the Horn of Africa. In an area where UNICEF has long worked to alleviate severe food crises, political instability, and lack of basic social services, the current situation has required an even more dramatic effort. UNICEF has delivered more than 10,000 metric tons of supplies to the region; treated 108,000 severely malnourished children in therapeutic feeding centers; vaccinated 1.2 million children against measles and provided 2.2 million people with access to safe water. The ‘Month of Giving,’ supported by millions of George Harrison fans, was a large part of that work.